We publish seven local blogs for the south King County area in Washington State – including SeaTac, Burien, Des Moines, Kent, Normandy Park, White Center and Tukwila – where we serve up the latest local news, politics, events, arts, entertainment and more with a monthly reach of over 140,000 Readers located just south of Seattle.

We pride ourselves on professional, award-winning, high-quality, efficient “hyperlocal journalism” that serves the region we live, work, play and spend our money in.

UPDATE NOV. 4, 2020: We are humbled and honored to have won the 2020 “Corporate Citizen of the Year” award from the Seattle Southside Chamber of Commerce! Read more and see the awards event video here. 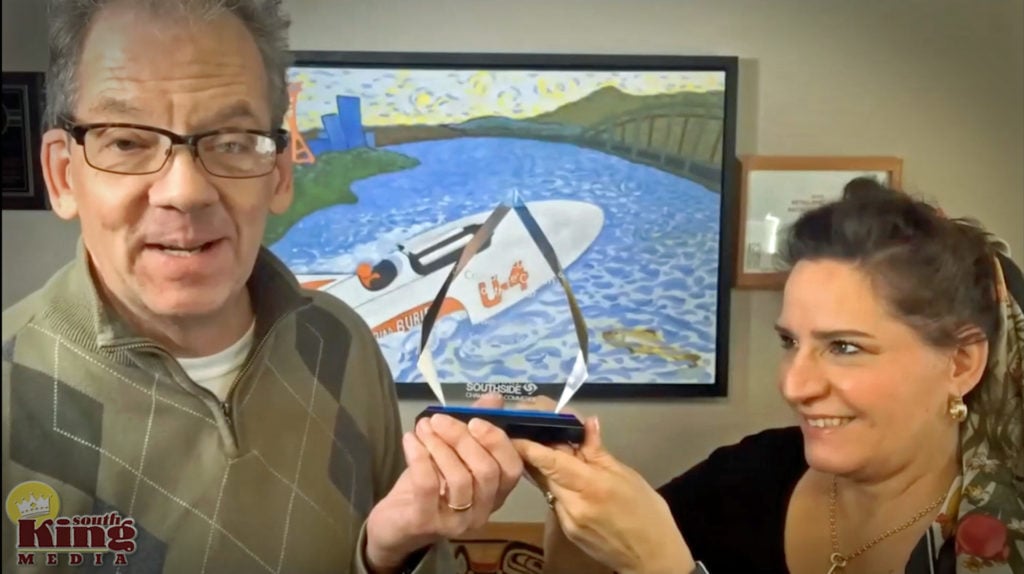 UPDATE MAY 18, 2019: The Society of Professional Journalists (SPJ) honored sister site The B-Town Blog with a First Place ‘General Excellence’ Award for small publications over a five state area for 2019! This is our third First Place award from the SPJ over our 12+ year history.

South King Media is proud to be a member of LION (Local Independent Online News) Publishers, which is “committed to strong local independent journalism, whether in small towns or big cities, creating stories that serve their residents and build a sense of place, and shining an informative light that allows citizens to make wise decisions.”

Here are our average monthly network-wide stats for calendar year 2019 (as per Google Analytics):