Construction of SR 509 Expressway expected to start this year 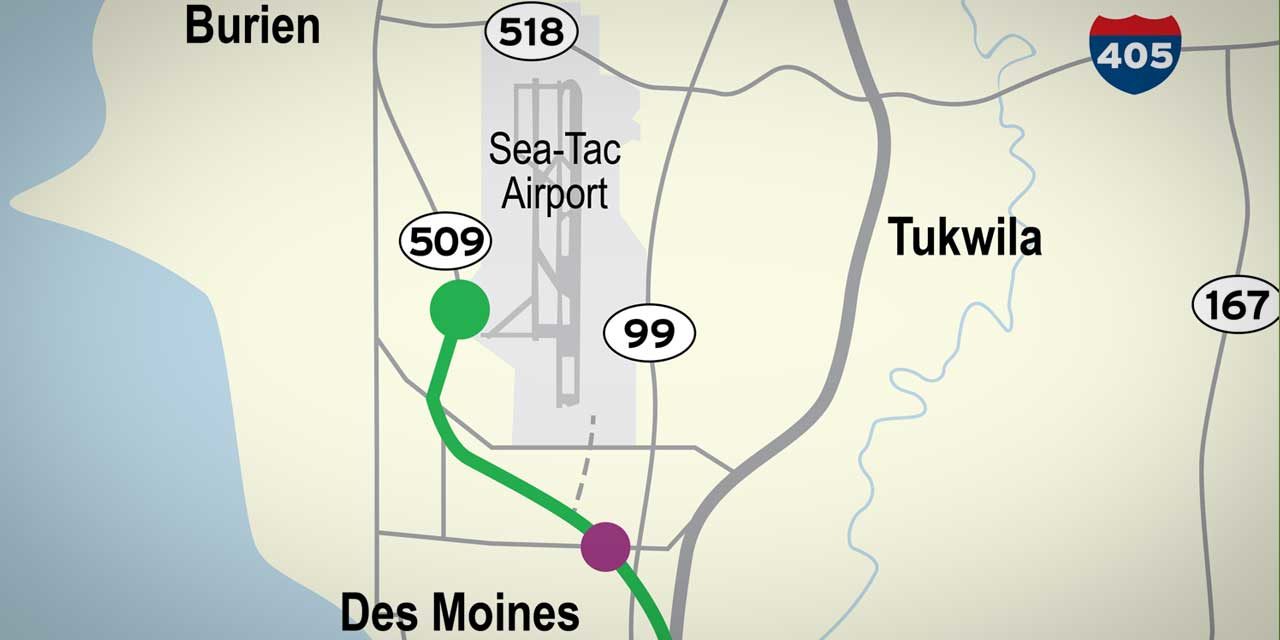 Construction is expected to start this year for Washington State Department of Transportation’s SR 509 project, which will create an expressway to I-5, affecting parts of SeaTac.

“Together, these projects complete two of the Puget Sound region’s most critical freight corridors and improve access to I-5, the ports of Tacoma and Seattle and Seattle-Tacoma International Airport,” WSDOT said. “The SR 509 Completion Project builds a new four-lane expressway between I-5 and SR 509’s current end near Sea-Tac Airport, builds new I-5 ramps, improves I-5 interchanges in south King County and constructs new bridges. When complete, the project will create an important north-south alternative to the congested I-5 corridor between Seattle and south King County.”

Expected construction in the next phase includes:

This phase of construction is likely to start sometime this Spring.

The South 216th Street bridge will be replaced and will include an ADA accessible sidewalks along with new bike lanes.

WSDOT will also add ADA accessible sidewalks to the Madrona neighborhood between South 200th Street and South 208th Street. These sidewalks will connect directly to the Federal Way Link extension via SR 99. Traffic control impacts for this phase of construction will start mid-2022.

Future construction includes an expressway from 24th Avenue South to South 188th Street. Construction will not be completed for the whole project until 2028.