From our sister site The B-Town (Burien) Blog:

As The B-Town Blog previously reported, early Saturday morning, June 20, 2020, 38 of 40 Pride Flags that had been placed around downtown Burien were stolen.

The flags – valued at around $2,000 – had been installed around town by local business non-profit Discover Burien in support of Pride Month, a time when communities across the country celebrate the dignity, equality, and increased visibility of lesbian, gay, bisexual, transgender, queer (LGBTQ+) people as well commemorating the Stonewall riots that began on June 28, 1969.

SURVEILLANCE CAM FOOTAGE
Below is surveillance camera footage showing the two suspects – recognize them? – who can be seen at around 3:46 a.m. walking west on SW 152nd Street, with the taller one carrying flags that the shorter one had stolen.

We have done our best to enhance the video, and included slow-motion closeup replays showing the thieves in action: 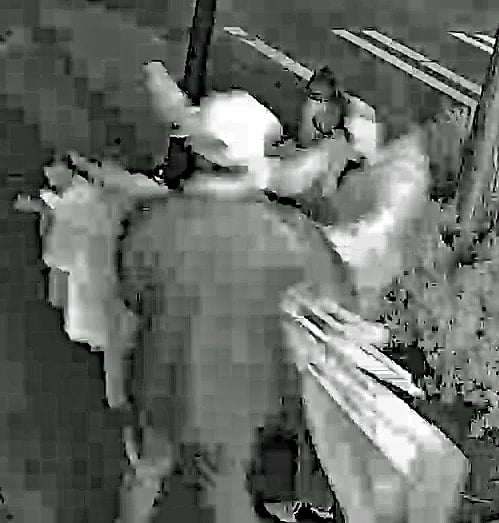 HATE GROUP STICKER
Also left at the scene of the crime was a sticker for a white nationalist hate group called Patriot Front. According to the SPLC, this group broke off from Vanguard America in the aftermath of the deadly “Unite the Right” rally in Charlottesville, Virginia, of August 12, 2017. 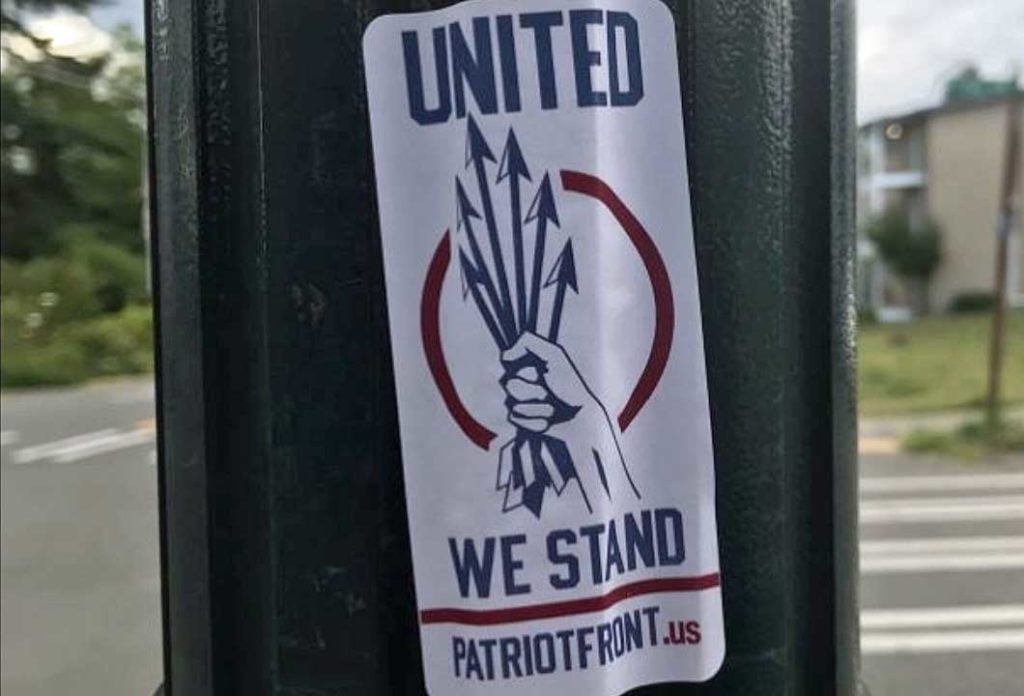 The Burien Police Department has opened an investigation into the incident. They encourage anyone who may have seen something to call (206) 296-3311.

We are moved beyond words. @kpwashington has graciously offered to replace all of @DiscoverBurien's stolen pride flags. Thank you of your continued support of @BurienPride and our LGBTQ+ and allied communities, Kaiser! #PrideMonth #Pride #BurienPride #DiscoverBurien #BurienStrong pic.twitter.com/CAI9wuuJ2F