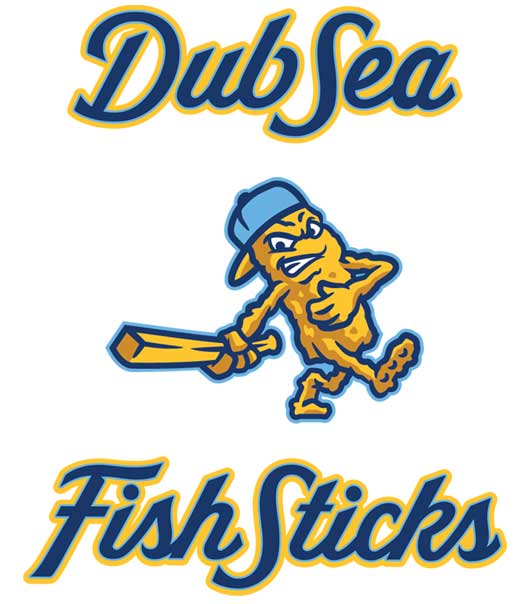 After months of anticipation, over 5,000 votes from every state in the country, and from 7 different countries around the world, the ‘Fish Sticks’ won the team’s renaming contest by less than 1% with 50.47% of the total vote.

“But there’s a silver lining for Seal Slinger fans,” General Manager Justin Moser said. “We’ll have a Seal Slinger section at every game so you can wear your gear and actively protest while you cheer on the team. If you’ve already ordered Seal Slinger merch, don’t worry, it’s still on the way. You now own a limited edition piece of merchandise.” 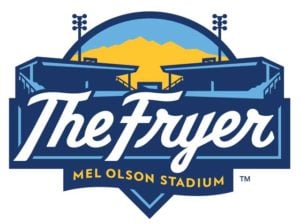 The newly re-named Dub Sea Fish Sticks are a summer collegiate baseball team based out of White Center at Mel Olson Stadium at Steve Cox Memorial Stadium. They will refer to their stadium now as “The Fryer.”

And yes, this newly-named team will apparently sell Fish Sticks at their home games, with their first pitch expected on June 4, 2022.

“The Dub Sea Fish Sticks are more than a baseball team. We’re a fun experience for the whole family. This is an event you won’t want to miss!!”

The team hosts college players from around the country for the months of June, July and the first week in August.

The Fish Sticks host between 25-30 games per summer at their ballpark, with regular theme nights, promotions, and a variety of other off field entertainment nightly. Tickets to games are affordable ranging between $8-$12 per person. Fans interested in going to games can join a priority ticket list to be notified directly when tickets go on sale. Opening Night for the 2022 summer season is scheduled for Saturday, June 4, 2022.

Stadium History
White Center Stadium was built in the Summer of 1940 and would soon become the center of the communities’ entertainment. The full wooden stadium held upwards of 2,000 people on Friday and Saturday nights, usually overflowing with people down the left and right field lines.

Kids would attend the games, running in and out of the stadium. Inside they would watch their heroes, and outside they would play on the small field #2, in the shadow of the lights from the main stadium. They would ask their parents for money to get something from the snack shack and would watch baseball day and night during the summer months. When not watching or playing baseball, kids would play on the playground outside the left field fence, known as “Astroland.”

Late in the evening on May 22, 1977 the historic White Center Stadium caught fire, and black smoke could be seen from miles away. The local fire department responded but it was too late. The flames engulfed the beloved stadium, and all they could do was drive out on to the infield and open the hoses to put the fire out.

After the fire, community baseball became somewhat of a memory at White Center Stadium. But one man was determined to replace the stadium, his name was Mel Olson. Head of the White Center Chamber of Commerce and the man responsible for starting Southwest Little League, Olson relentlessly campaigned for to rebuild the stadium. Initial bids came in thirty percent over what was available. Finally in late 1978, with the help of King County Councilman Bob Greive, and funds from the Forward Thrust Fund the stadium was rebuilt, this time with concrete and metal bleachers. The new stadium Opened on April 2, 1979. In the summer of 1985 the stadium was renamed after Mel Olson. Mel Olson stadium now seats 1,100 people. Baseball was never the same in the area, teams would still use the stadium but it was never packed like it had been. The stadium was on the decline with little to no maintenance or improvements to the field for twenty plus years.

In 2008, King County Parks, Seattle Prep High School, King County Sheriffs and the Puget Sound Senior Baseball League, Seattle Mariners, along with many other groups and volunteers organized a remodel of the field. They dedicated the park to long time community leader and slain officer, Steve Cox.

Today the Mel Olson Stadium inside of Steve Cox Memorial Park is used by Seattle Prep High School, South West Little League, select baseball programs, and the PSSBL to name a few. The Dub Sea Fish Sticks brought back summer collegiate baseball to the community in the summer of 2015. Drawing average crowds between 250-400 fans with attendance nearing 600 on Friday and Saturday evenings.