This week, SeaTac-based record-holding racer Steve Huff announced his new Faster Than Cancer Foundation, formed “to inspire, educate, and support our community through marketing & fundraising, highlighting living and thriving after a cancer diagnosis along with a scholarship program for Trades-based education.”

We caught up with Huff (and crew, and his dog Trigger) at the Father’s Day Car Show recently in Burien, where he was showing off his #FasterThanCancer record-holding electric dragster (formerly known as “Current Technology 2.0” with a record speed of 202.52 MPH set March 15, 2022), race motorcycles and his bright orange E350-class hydroplane. Huff spent most of the time that day meeting, greeting and talking with race fans of all ages. Steve Huff talks with race fans at the Burien Father’s Day Car Show, while his dog Trigger tries to race somewhere else.

Huff knows a thing or four about living with cancer.

“I got my diagnosis in November, 2020, that I have stage 4 metastatic cancer, and that it wasn’t going to go away,” Huff told us. “Ten years ago I became involved and learned the importance of education, sharing what it really means to inspire and work with others. Collectively, we can change lives, so let’s please turn it up to 11 and see how much more that we can do.”

Huff completed several rounds of radiation and chemotherapy. He is living and racing with cancer and recently is currently receiving immunotherapy treatment under the care and guidance of the Seattle Cancer Care Alliance (SCCA) and UW Medical Center.

Huff is not only a record-holding, multi-vehicle race driver (see all his records here), he is a warrior.

The new foundation will also function to support a scholarship program for the trades.

“We know that trade education and tradework development is key to the future and we know that racing is a great catalyst to bring people into the trades,” Huff said.

“Larry Carrell is a philanthropist who has changed the lives of a lot of people,” he said. “Larry’s the guy that inspired me to take it to the next level. He’s the one that really helped me realize it was time to do something instead of just talk about it, so we did and because of him now I can tell you about the Faster Than Cancer Foundation.”

To donate to or support the Faster Than Cancer Foundation, click below: 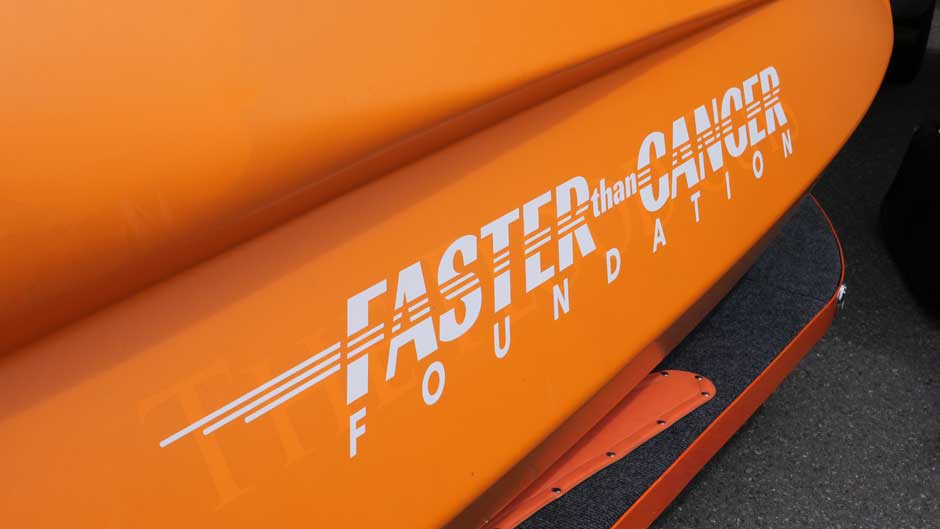 The Faster Than Cancer Foundation logo is now visible on all of Huff’s vehicles, including his E350 hydroplane. 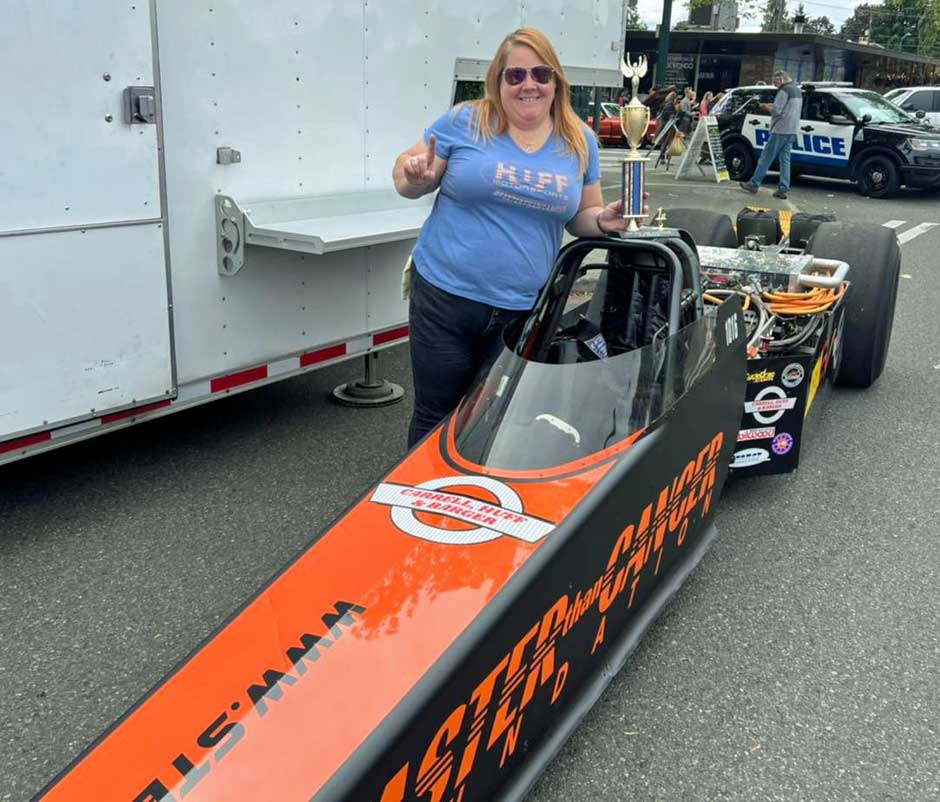 Among her many jobs, Jill Andrews also serves on the Board of Directors for the Faster Than Cancer Foundation. She also fills the role of PR & Marketing Director for Steve Huff Motorsports managing all social media, web, content creation, and partner & team support roles.